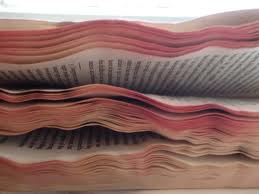 The Invention of American Literature
The need for an identifiably  “American “ literature was a popular issue from the early days of the Republic on. Using a cultural studies approach to materials as varied as advertisements and popular mass print media as well as works of “literature,” we will examine innovations in the publishing industry, effects of the marketplace and the emergence of the cult of authorship as a way to track the “invention” of American literature. With hands-on experience of early books and other media online and in the Rare Books collection at the Holland Library, we’ll put special emphasis on the establishment and development of print genres as they were called for and shaped by the cultural relations of readers, writers, editors, printers and publishers. Readings from canonical writers such as Dickinson, Hawthorne, Stowe, Twain, Howells, James , Wharton and Whitman as well as recent theoretical and historical-cultural analysis will help us get to know U.S. literary history and how it was/is made