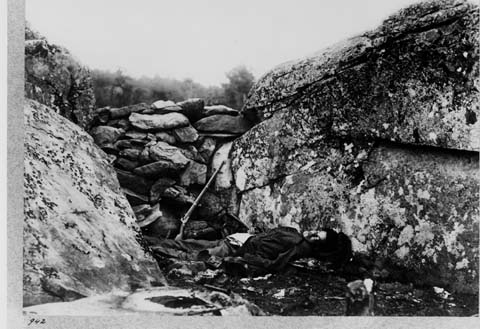 Imagining the Civil War in Black and White
Singer/songwriter Bob Dylan recently admitted that “the godawful truth” of the Civil War is “the all-encompassing template behind everything that I would write.”  As enigmatic as Dylan’s claim may be, and despite the fact that numerous histories of the Civil War exist, on some level I think we can all agree with Walt Whitman that no one has yet been able to capture the “real war.”  Despite the massive number of books and other more ephemeral objects about the war, no-one can agree as to which ones tell us the “real” story.  We will examine this problem by studying and writing about a variety of literary, visual, and historical texts concerning the war and its impact.  With hands-on experience of books and other media, we’ll put special emphasis on the establishment and development of print sources as they were called for and shaped by the cultural relations of readers, writers, editors, printers and publishers. These include fiction and memoir, photographs and film, and criticism and interpretation of these primary materials. Working with these varied sources, we will learn some of the methods of book history. We will ask how these sources interpret the war, leaving us with a legacy of images and legends that shapes our understanding of the past.