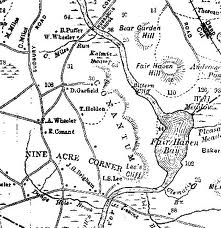 Beyond the Concord Circle: The American Renaissance Reconsidered
Ralph Waldo Emerson adjured that “each age must write its own books; or rather, each generation for the next succeeding.”  In advising his ideal American scholar that “the books of an older period will not fit this,” he was inviting his listeners (and subsequent readers) to engage in the act of what he called, “creative reading.”  In “Beyond the Concord Circle,” we will take Emerson at his word.
As is to be expected, readings from Emerson, Fuller, Hawthorne, Melville, Thoreau and Whitman as deeply imbricated in a movement being simultaneously (and retroactively) defined will be featured; we will also take up readings from figures less immediately identified with the phrase, “American Renaissance,” such as Louisa May Alcott, Frederick Douglass, Henry Wadsworth Longfellow and Harriet Wilson. Our mission, then, will be twofold:  We will construct and examine the philosophical, aesthetic, political and cultural meaning of the phrase, “American Renaissance”—both then and now—by reading primary texts as well as weekly critical responses to the writers and the period.  Secondary sources will include essays from ESQ: A Journal of the American Renaissance as well as “classic” interpretations of the period such as American Renaissance: Art and Expression in the Age of Emerson and Whitman by F. O. Mathieson and Beneath the American Renaissance by David S. Reynolds and newer critical approaches.