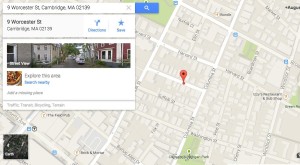 I am working together with educators at the Qualls Academy–a free, out-of-school program that takes place on Saturdays–to design a curriculum that will teach social activism and historical consciousness. Using the life and work of Susan Revaleon Green Participants will be introduced to and claim a place in the civic process by nominating Susan Revaleon Green’s name and residence to be added to the African American Historical Trail.

Susan Revaleon Green (1912—2012), an African American teacher and local historian, was born into a legacy of political, racial and social awareness. Her paternal grandfather was a member of the legendary Massachusetts 55th regiment during the Civil War (a regiment that joined the 54th, whose efforts were depicted in the 1989 Hollywood movie, Glory). Her parents, James Albert Revaleon and Ruby Higginbotham, raised her at 9 Worcester Street, Cambridge MA—the house her maternal grandparents purchased in the 1880s. She remained at that address for her entire life.

The Mission of Qualls Academy is to improve the academic achievement, self-esteem, and social competence of young men of color and to enable each one to achieve and recognize their overall potential in their personal, social, and academic lives. For our students, SRG’s life-long dedication to social justice and civic awareness does more than simply provide a tangible example of the ongoing pursuit of civil rights, working towards our goal of nominating her to the African American Historical Trail will put our students in the driver’s seat on a train powered by historical consciousness. The many connections between SRG’s life and work—she began her career in Cambridge, taught in the public school system, served on both the Cambridge African American Heritage Trail Committee and the Cambridge Historical Commission, and was a beloved member of the community–provides an opportunity for our students to reckon with their own history as they
memorialize hers.